47 € Per Person Request to Book

It is one of the most beautiful reasons to love Istanbul islands. spot among the islands where to go to get away from the crowds and stress. walkable and bicycle traffic in the relaxed atmosphere of a navigable environment.

We provide you these facilities. Many places are waiting to be alive and able to achieve the detection-discover here. You'll see new faces to meet with other people. The holiday ends and you will have many memories you'll tell your family and friends when you return home.

Why you'll love this trip

Departure from Golden Horn with a Private Boat to the first island called Kınalı.After Kınalı a visit to Heybeli island and finally Big island(Büyük Ada). The lunch will be served on the boat and it includes open buffet meals. (Drinks are excluded).The Princess Islands are a combination of nine islands off the Asian coast of Istanbul, in the Sea of Marmara. The name of the islands comes from the Byzantine period when royal princes and empresses were exiled there.

With the introduction of steamboats during the late Ottoman period around the 19th century, these islands became popular resorts for the rich people who built their wooden houses. Jewish, Greek and Armenian communities were a large part of the inhabitants here. Today, the islands are popular tourist destinations for daily excursions, especially in the summertime.There are many monasteries and historic buildings on the islands, besides 19th-century Victorian style old
wooden mansions.

-Kinali Islands
Kinaliada, smallest of these four islands, has beautiful summer homes in which people rent it for the season, and a large Armenian community prefers this island for their
summer vacations. Its name Kinali, meaning Henna, comes from its reddish color because of the iron and copper that has been mined here in the past. Its nice beaches
attract many people from the city, Ayazma beach is one of them. Hristos Monastery is located up on a hill and was built by the Byzantine emperor Romanus IV(Diogenes)
while he was exiled here and where he was buried. The monastery is open to the public only on Fridays. There are no horse carriages here because of the size of the island.

-Heybeliada Islands
Heybeliada, the second largest island in the archipelago, was known as Khalkitis or chalky during the Byzantine period and had many copper mines which are shut down today.
There are some interesting buildings on the island such as the Naval Academy founded in 1773 and the Greek Orthodox High School. The High school is a large building up
on the northern hill and in the middle of pine trees, but its closed today.It is now possible to cruise the islands with electric carriages instead of horse carriages.

-Büyük Ada(Big Island)
Buyukada is the largest and the most popular of Princess Island, having an area of 5,4 square kilometers and a population of 7.500 approximately, which goes up to 10-15
times more in the summer. The earlier name of the island was Prinkipo. There are some historical buildings such as Aya Yorgi Church and Monastery from 6th centuryAyios Dimitrios
Church, Hristos Church, and Monastery,and Hamidiye mosque built by sultan Abdulhamit II.when you rent a horse-drawn carriage, you can choose between a long route or a short one
to visit the island. During our tour, we give the longest break at the Buyukada(Great Island).It is now possible to cruise the islands with electric carriages instead of horse carriages.

Is this right time for thish tour?

This summer tour inside the right time and the first spring semester. Why because the winter is very cold and rainy Istanbul? The recommended time is between April and October in order to have a good time. In summer the air will be able to swim on the beach break has given the largest island in the moments when it is hot. A program can join guests of all ages but is not recommended for guests with walking problems. Why is it difficult to walk because of the boat and islands.

Important Notice As the route to the islands pass over the open Marmara sea seasonal conditions are more effective on than our other tours. Accordingly we may use the public ferry instead of our private boat to minimise the effect of the weather conditions. Please take into consideration that only the Buyukada would be visited and lunch would be given in a restaurant if the public ferry is used. 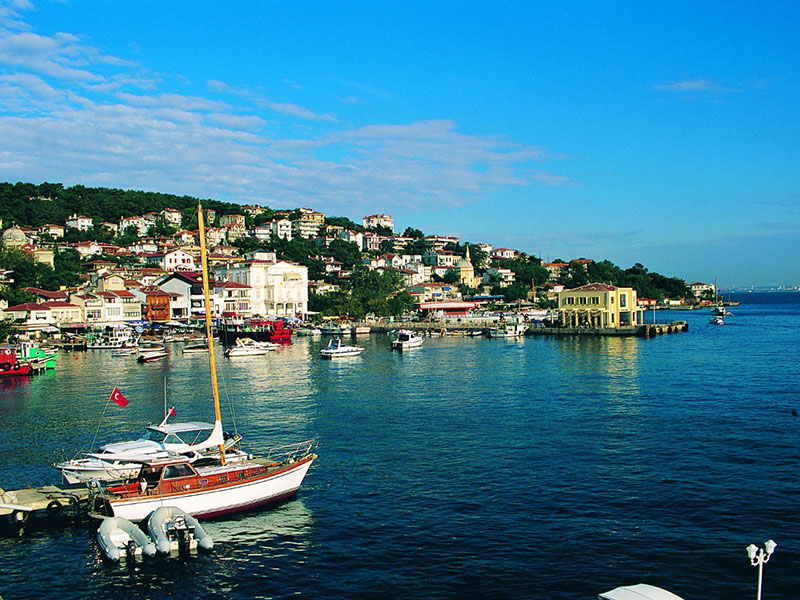 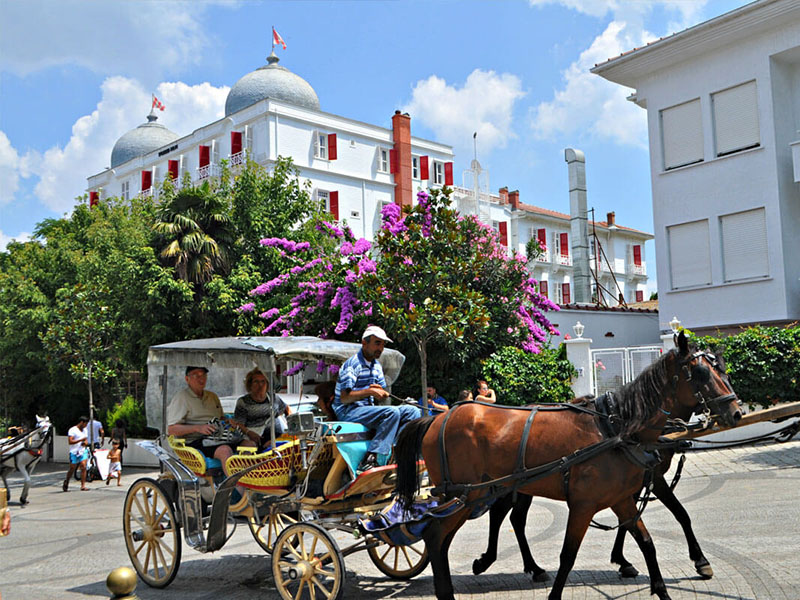 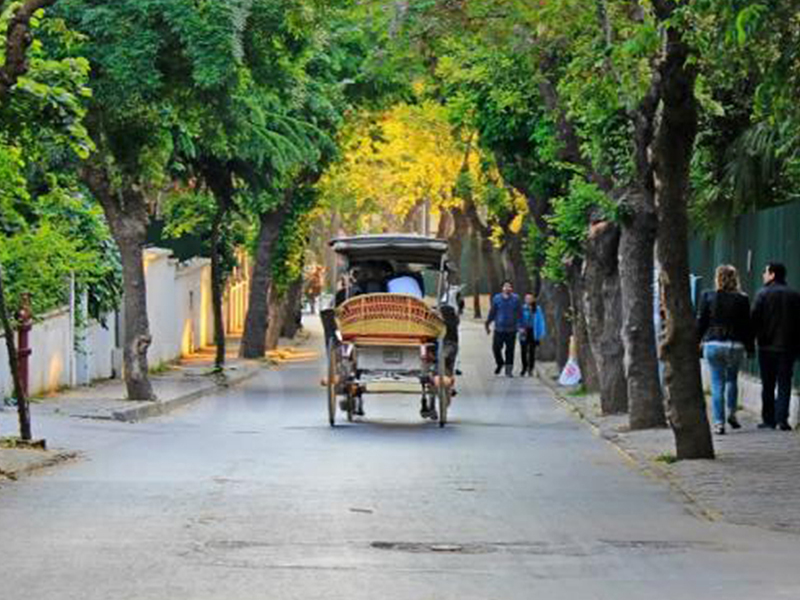 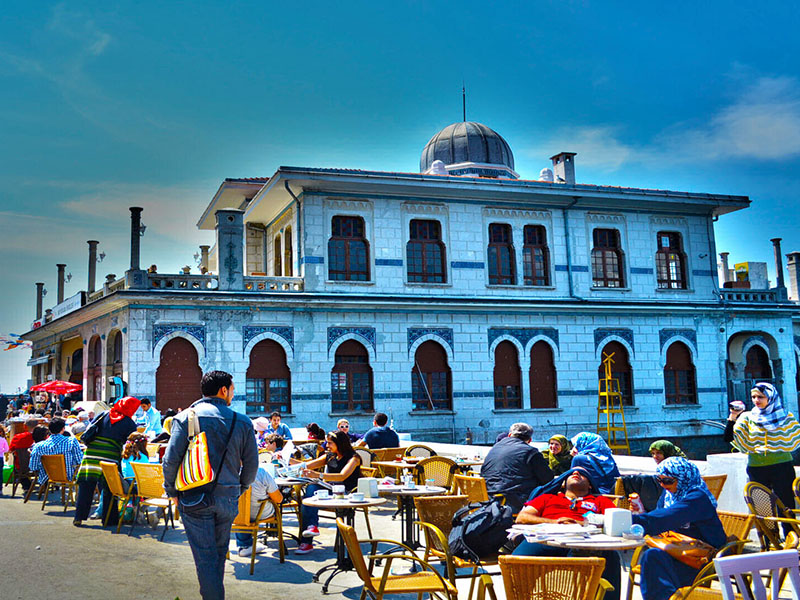 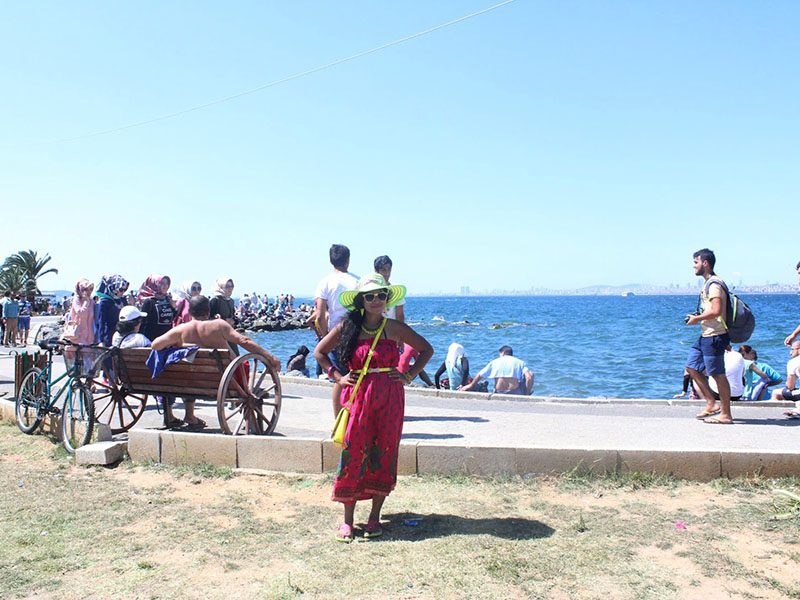 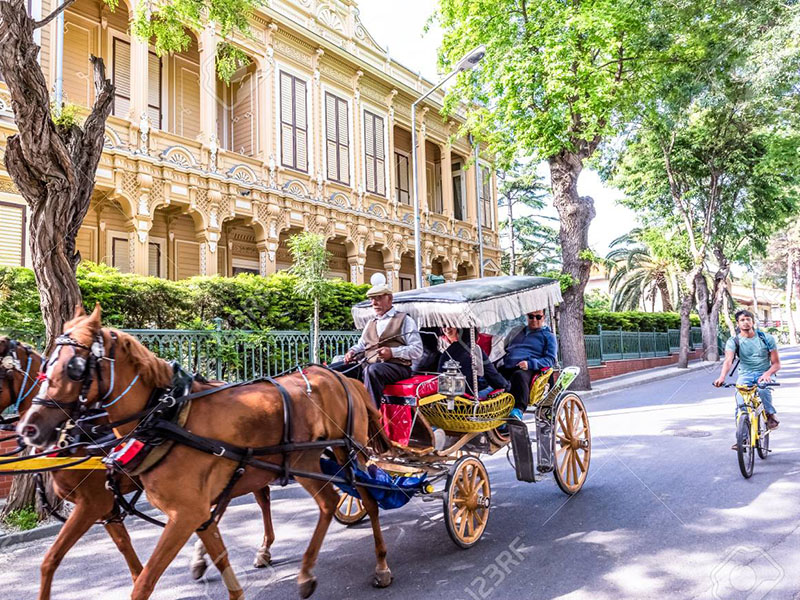